“World War I: American Artists View the Great War,” the Library of Congress’ exhibition on view until 6 May 2017, includes women such as:

• Eugenie De Land (Saugstad, 1872–1961). A student of American illustrator Howard Pyle, De Land taught at DC’s Corcoran School of Art and McKinley Technical High School. She married artist Olaf Saugstad, and her works include a portrait of Kate Waller Barrett (on display at William & Mary’s Botetourt Gallery), a mural at the DC headquarters of the Order of the Eastern Star, a portrait of Declaration of Independence signer George Wythe at the Virginia Historical Society, and a painting of Abraham Lincoln at the battle of Fort Stevens donated by the artist to the Lincoln Museum (now under the aegis of Ford’s Theatre). The LOC exhibition features her 1917 Liberty Bond poster. 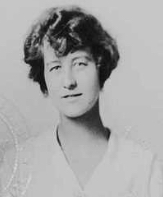 • Helen Johns Kirtland (1890–1979). Daughter of the founder of Johns-Manville, Kirtland photographed the war on assignments with Leslie’s Illustrated Weekly, the Red Cross, and the YMCA. The LOC exhibition features a photo of her at the front dated 1917–18.

• View illustrations by Eugenie De Land (“Bertha and Laura”; “‘This be a case where history repeats itself'”; “‘Naow, when I wuz in Californy,’ said Farmer Squires to Mrs. Simpson”) in Deborah Gray by Frances C. Ingraham (pseud. of Clara Ingraham Bell), New York, 1903.