“Then came the morning of Nov the 11th….By two o’clock the streets were swarming with men, women and children, marching aimlessly back and forth, hugging and kissing each other and sometimes trying to sing the Marseillaise.

” With friends of the Marine Corps I drove down to the Place de la Concorde through the Champs Elysee and into the Bois. . . . ephemeral things, such as war, and immortal things, such as love, seemed once again, after four years of nightmare, to slip into their rightful proportions to each other.”

—US playwright Margaret Mayo, who witnessed the Armistice in Paris, 1918.
From Trouping for the Troops 145–47 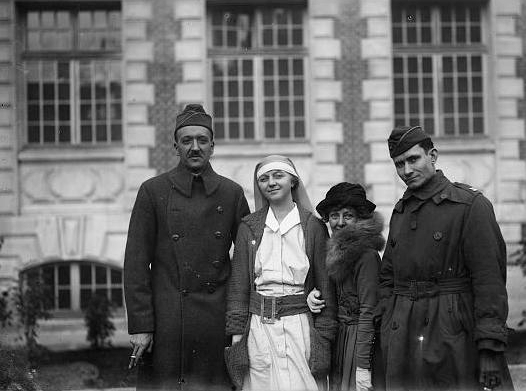